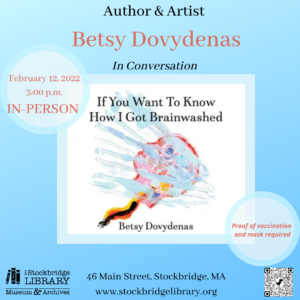 Join us as we welcome author and artist Betsy Dovydenas to discuss her book If You Want To Know How I Got Brainwashed.   Betsy Dovydenas is an artist who painted and wrote her story about joining a bogus church run by a bogus pastor.  In more than 200 monoprints with narrative text, she tells the story of being tricked, sweet-talked, coaxed, manipulated, conned, coerced and exploited. In short, she was brainwashed.  This book shows how it happened.  Dovydenas will be in conversation with author, Karen Chase.  Proof of vaccinations and mask required to attend this event.

Betsy Dovydenas was born and raised in Excelsior, Minnesota, on Christmas Lake. She graduated Minnetonka High School, the University of Minnesota, and attended the Skowhegan School of Painting and Sculpture in Maine, where she studied with Philip Wofford, Paul Resika, Willard Midgette, Annie Poor, and Mary Frank, among other artists.

Betsy has been a painter for 45 years. Monoprints are her preferred medium. She has exhibited her work at the Berkshire Museum, the Painting Center in New York, the Jacob Lawrence Gallery at the University of Washington, Seattle, the Meyerho. Gallery at the Maryland Institute College of Art in Baltimore, the Worcester Polytechnic Institute and the Boreas Gallery in Brooklyn.

“As a painter I’ve always considered it bad luck to censor myself. As though I’d lose the ability to see the visions in my head and draw my dreams.”

Michael D. Langone, PhD, received a doctorate in Counseling Psychology from the University of California, Santa Barbara. Since 1981, he has been Executive Director of International Cultic Studies Association (ICSA), a tax-exempt research and educational organization concerned about psychological manipulation and cultic groups.

Dr. Langone has been consulted by several hundred former cult members and/or their families. He was the founder and editor of Cultic Studies Journal (CSJ), the editor of CSJ’s successor, Cultic Studies Review, and editor of Recovery from Cults: Help for Victims of Psychological and Spiritual Abuse. He is co-author of Cults: What Parents Should Know and Satanism and Occult-Related Violence: What You Should Know.

(the proceedings of an international congress on cults in Barcelona, Spain), Innovations in Clinical Practice: A Sourcebook, Handbook of Psychiatric Consultation with Children and Youth, Psychiatric News, and all of ICSA’s periodicals. He is also co-editor of ICSA’s Cult Recovery: A Clinician’s Guide to Working with Former Members and Families, published in 2017.

Dr. Langone has spoken widely to dozens of lay and professional groups.

If the item details above aren’t accurate or complete, we want to know about it. Report incorrect product info. 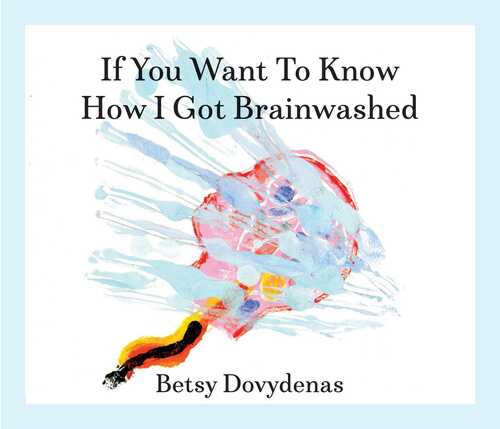