Famed in the sports world for having invented Rotisserie Baseball, and for his iconic red sweater-wearing appearance on Ken Burns’s PBS film “Baseball,” Dan Okrent is best known for his journalism and nonfiction writing.  He served as the first public editor of The New York Times after the Jason Blair scandal, and was the editor of New England Monthly and an editor at Life Magazine and Time.  His book Great Fortune: The Epic of Rockefeller Center (2003) was a finalist for the Pulitzer Prize, and his Last Call: The Rise and Fall of Prohibition, served as the major source of Ken Burns’s miniseries “Prohibition.”  His most recent book is The Guarded Gate: Bigotry, Eugenics, and the Law that Kept Two Generations of Jews, Italians, and Other European Immigrants Out of America.

On Saturday, January 28, Dan will be in conversation with André Bernard about the press, the death of print, immigration, and, perhaps, baseball. 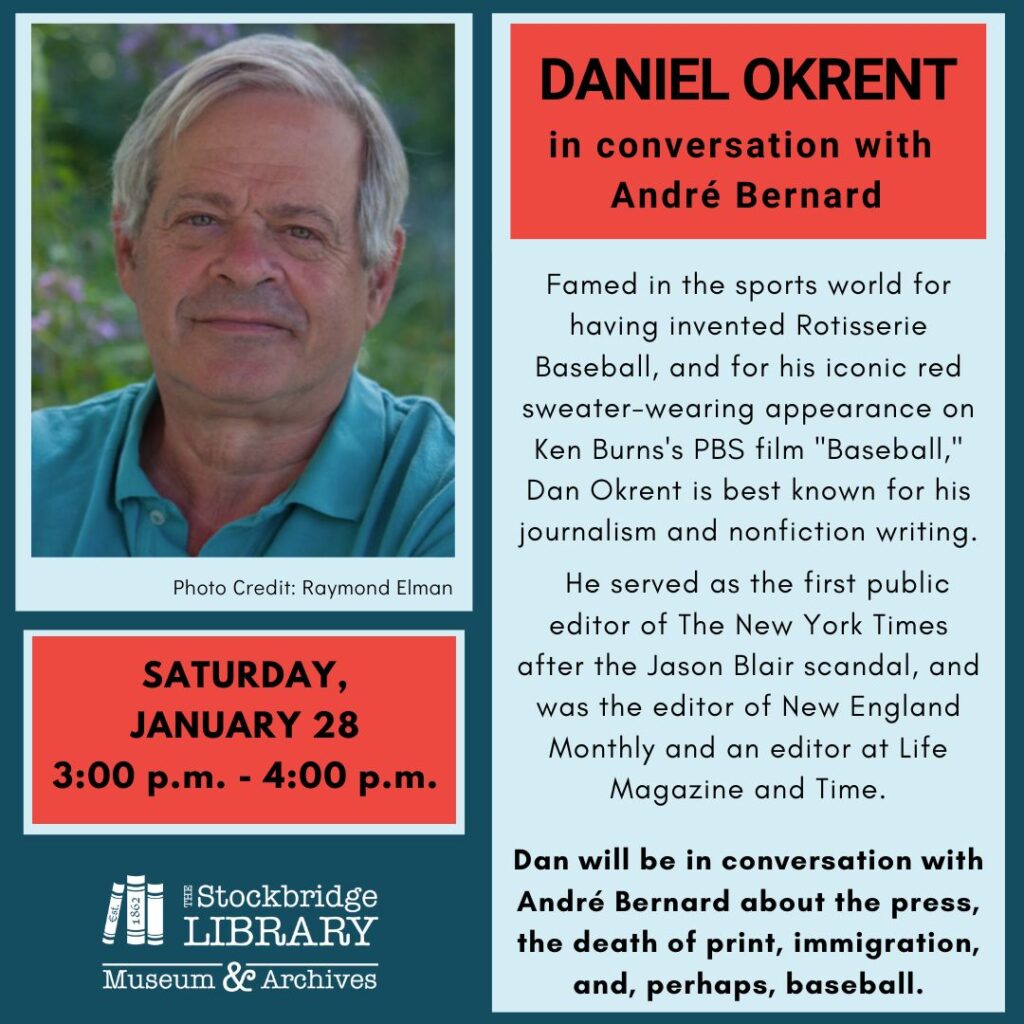