A Pulitzer Prize-winning correspondent and a former private investigator dive deep into the murky waters of the international salmon farming industry, exposing the unappetizing truth about a fish that is not as good for you as you have been told.

A decade ago, farmed Atlantic salmon replaced tuna as the most popular fish on North America’s dinner tables. We are told salmon is healthy and environmentally friendly. The reality is disturbingly different.

In Salmon Wars, investigative journalists Douglas Frantz and Catherine Collins bring readers to massive ocean feedlots where millions of salmon are crammed into parasite-plagued cages and fed a chemical-laced diet. The authors reveal the conditions inside hatcheries, where young salmon are treated like garbage, and at the farms that threaten our fragile coasts. They draw colorful portraits of characters, such as the big salmon farmer who poisoned his own backyard, the fly-fishing activist who risked everything to ban salmon farms in Puget Sound, and the American researcher driven out of Norway for raising the alarm about dangerous contaminants in the fish. Frantz and Collins document how the industrialization of Atlantic salmon threatens this keystone species, endangers our health and environment, and lines the pockets of our generation’s version of Big Tobacco. And they show how it doesn’t need to be this way.

Just as Eric Schlosser’s Fast Food Nation forced a reckoning with the Big Mac, the vivid stories, scientific research, and high-stakes finance at the heart of Salmon Wars will inspire readers to make choices that protect our health and our planet. 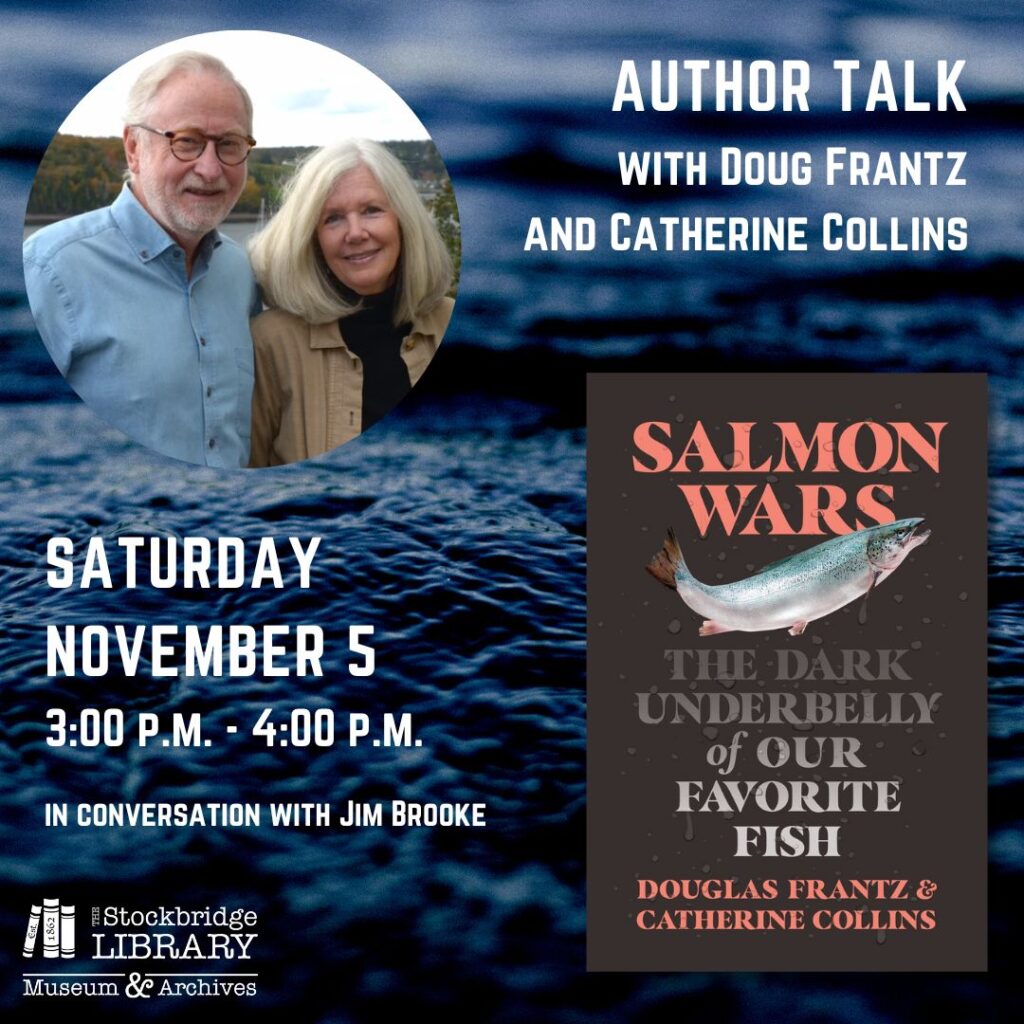