Join us on Saturday, April 1 at 3:00 p.m. for an Author Talk with Phil Goldberg entitled Bookends: How a Writing Career Started—and Will Probably End—in the Berkshires.

In 1972, Philip Goldberg spent a few months in Stockbridge testing his dream of becoming a writer. He received memorable advice from Stockbridge resident William Gibson, author of The Miracle Worker, about the difference between writing and being a writer. Now, half a century and numerous books and essays later, Phil is once again living in the Berkshires, having moved here from Los Angeles with his wife last year. In this talk, he will expand on Bill Gibson’s advice and other lessons he’s learned about the writing life, creativity, professionalism, and the tension between self-expression and commerce.  He will also reflect on what he’s found here—a Berkshire vibe that seems to invigorate and enrich creativity.

Philip Goldberg is the author of numerous books, including This is Next Year (a novel); The Intuitive Edge; the award-winning American Veda: From Emerson and the Beatles to Yoga and Meditation, How Indian Spirituality Changed the West; The Life of Yogananda: The Story of the Yogi Who Became the First Modern Guru; and, most recently, Spiritual Practice for Crazy Times. He has also published dozens of essays and articles and has coauthored or ghosted many books, including the bestselling Get Out of Your Own Way and The Best That I Can Be, the autobiography of Rafer Johnson. A public speaker, leader of tours to India, and cohost of the Spirit Matters podcast, he and his wife, acupuncturist Lori Deutsch, moved to Great Barrington last year. His website is www.philipgoldberg.com. 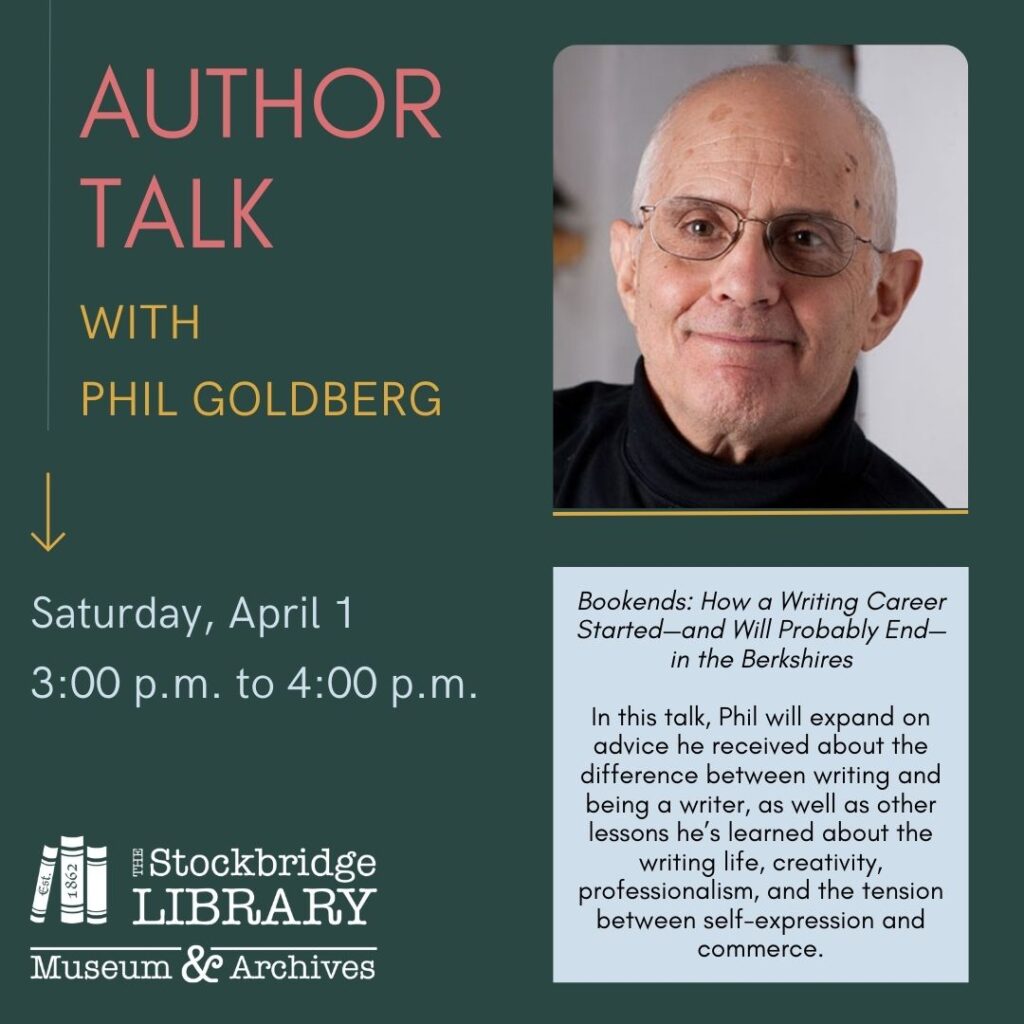