July 16, 2022 @ 3:00 pm - 4:00 pm
Event Categories: AdultsAuthor Talk
Author Kumiko Makihara’s great-great-grandfather was a low-ranking samurai from a poor village in southwestern Japan. Fiercely intelligent and audaciously ambitious, he went on to found the Mitsubishi business empire. His successors — his younger brother, his son, and his nephew – were equally colorful and capable. Makihara will trace her family history which parallels the growth of Japan from an isolated far eastern feudal society to a global industrial giant.
Kumiko Makihara is the author of the memoir Dear Diary Boy.   For more information about Makihara, as well as her book, check out her website: www.kumikomakihara.com 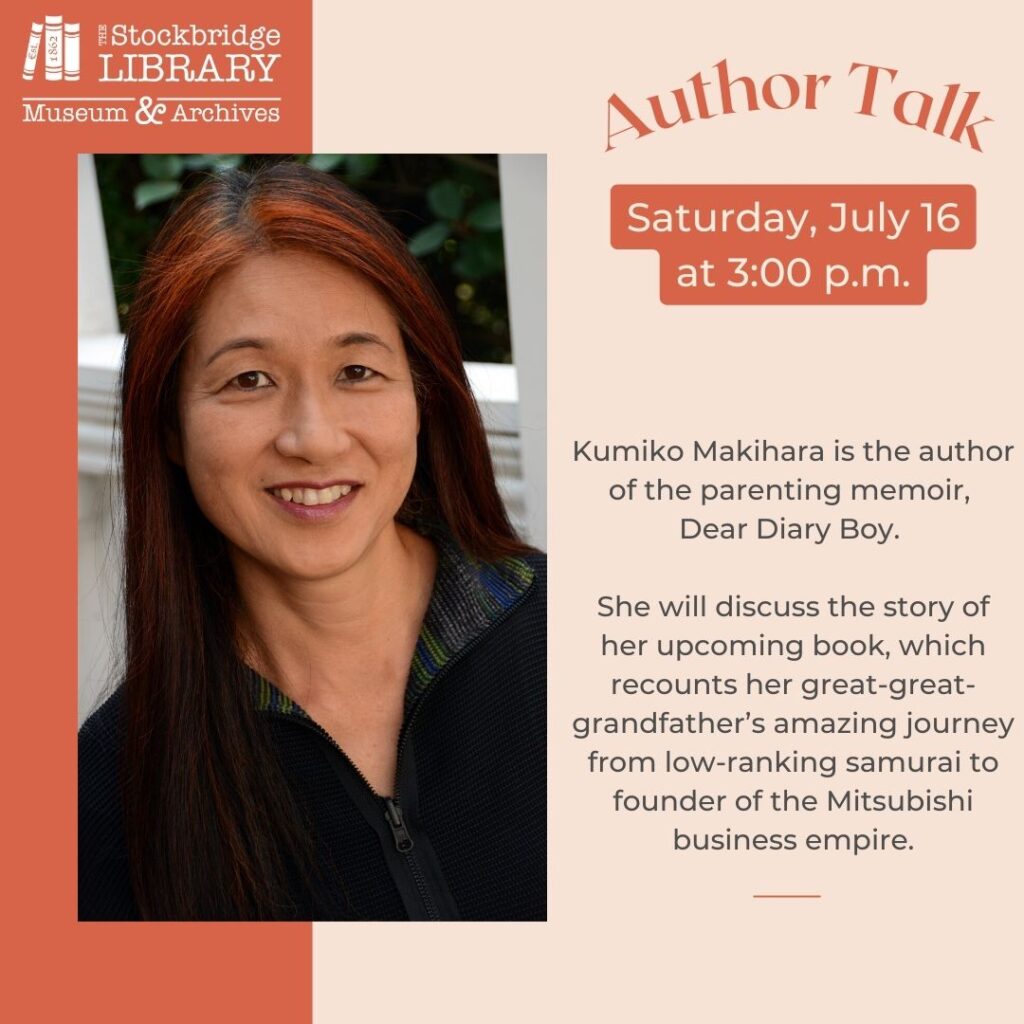