On Thursday, June 9th at 6:00 p.m. Robert D. Kaplan will be speaking at the Stockbridge Library Association in conversation with Jim Brooke.  His new book, Adriatic will be on sale at the event.

ROBERT D. KAPLAN is the bestselling author of twenty books on foreign affairs and travel translated into many languages, including Adriatic, The Good American, The Revenge of Geography, Asia’s Cauldron, Monsoon, The Coming Anarchy, and Balkan Ghosts. He holds the Robert Strausz-Hupé Chair in Geopolitics at the Foreign Policy Research Institute. For three decades he reported on foreign affairs for The Atlantic. He was a member of the Pentagon’s Defense Policy Board and the U. S. Navy’s Executive Panel. Foreign Policy magazine twice named him one of the world’s “Top 100 Global Thinkers.”

Jim Brooke is a Berkshires native and lifelong foreign correspondent. He worked as a journalist for eight years in Moscow, first as Bloomberg Bureau Chief, then as the Voice of America correspondent for the former Soviet Union.  In September, he completed six years of reporting and living in Kyiv, Ukraine. 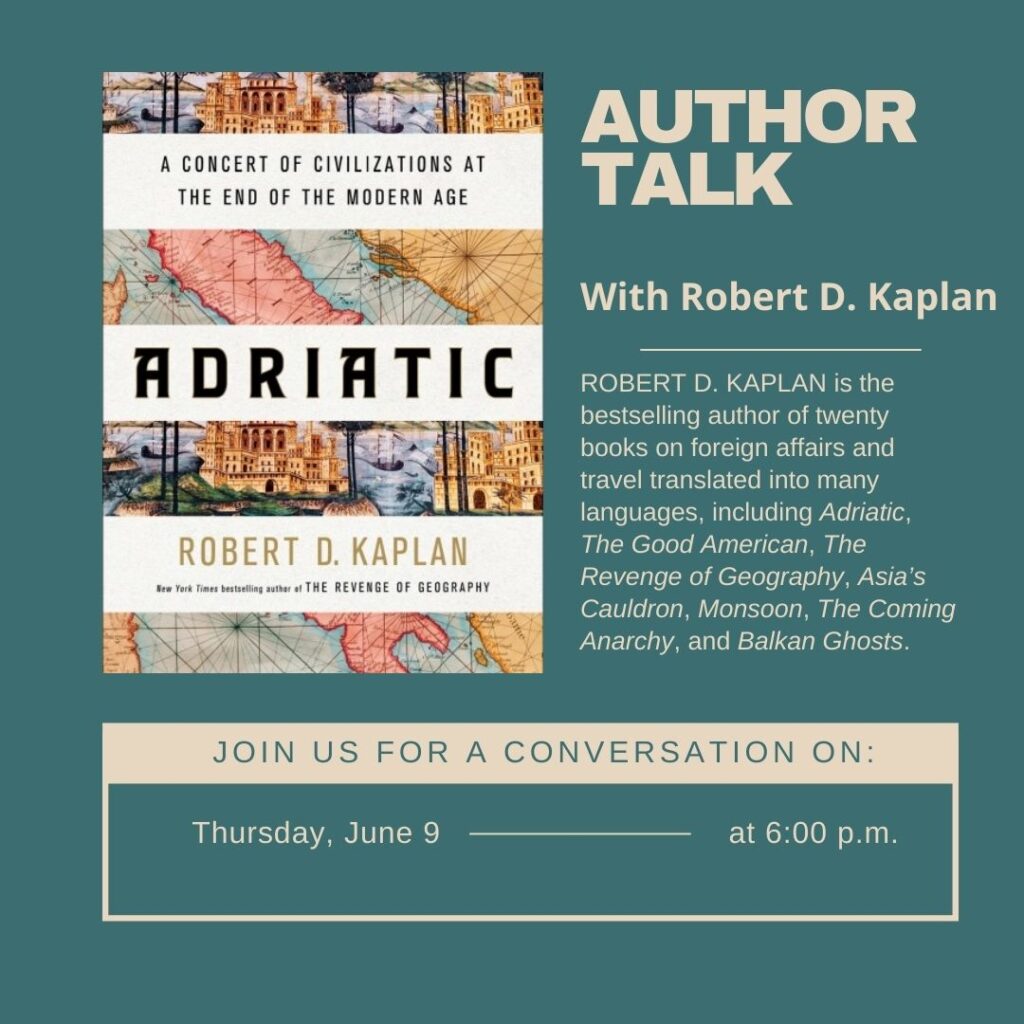