NEW DATE MARCH 19 at 3:00 – Censorship, Libraries, Media and the Stability of Democracy: A conversation with Martin Baron

Book banning is not a new phenomenon.  But as the culture wars grow ever more strident and aggressive, libraries, schools and even bookstores are under increasing pressure to strip their shelves of material tagged as subversive, obscene or otherwise offensive.  In a conversation with André Bernard, Marty Baron, renowned former editor of the Washington Post and the Boston Globe, will discuss book banning and other forms of censorship and what that means for a literate and informed public.

Martin (Marty) Baron retired in February, 2021, after eight years as executive editor of The Washington Post. News staffs under his leadership have won 17 Pulitzer Prizes, including 10 at The Post, which was recognized for a wide variety of coverage that included investigations of the National Security Agency and the presidential campaign of Donald Trump. While he was top editor of The Boston Globe, it won six Pulitzer Prizes, including for its investigation into the Catholic Church’s concealment of clergy sex abuse. That coverage was portrayed in the Academy Award-winning movie “Spotlight.” The Miami Herald under his leadership won the Pulitzer Prize for reporting on the raid to recover Elián González, the Cuban boy at the center of a fierce immigration and custody dispute. 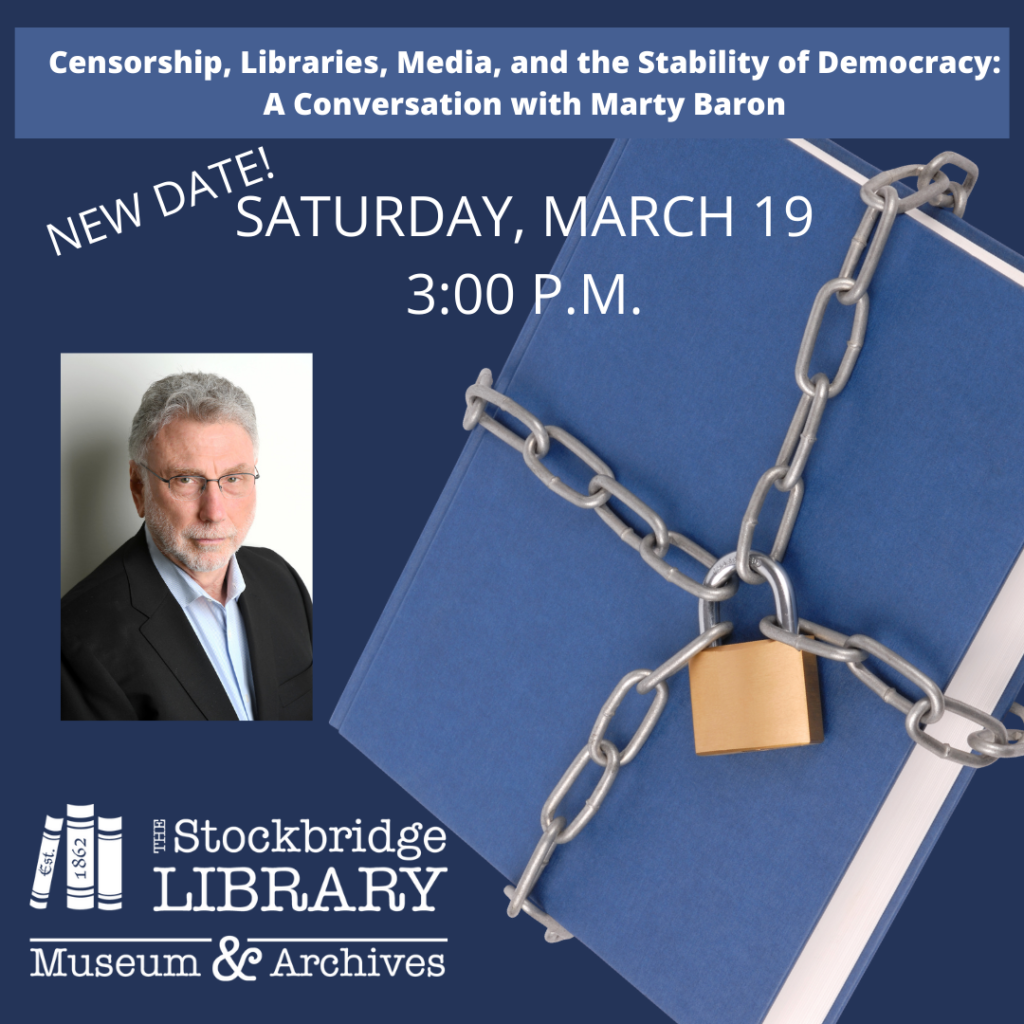