On Thursday, June 16th at 6:00 p.m. Brigadier General Peter B. Zwack (Ret.) will be in conversation with Jim Brooke at the Stockbridge Library Association.

Brigadier General Peter B. Zwack (Ret.) served as the United States Senior Defense Official and Attaché to the Russian Federation during the challenging years of 2012-2014. This period included Russia’s first invasion of Ukraine. Retired in 2015 after 34 years of military service, he served for four years as the Russia-Eurasia Fellow in the Institute for National Strategic Studies within the National Defense University. While there he taught a Masters course in National Security Studies. BG Zwack is currently a Global Fellow at the Kennan Institute within the Woodrow Wilson Center for Scholars. He also serves as an Adjunct Fellow at the Pell Center for International Relations, and is the author of two recently published memoirs; “Swimming the Volga – a US Army Officer’s Experiences in pre-Putin Russia” and “Afghanistan Kabul Kurier.”

Originally from Chicago and Manhattan, he spent much of his early life in Europe and speaks Italian, German, Russian and some French. He lives with his beloved wife Stephanie in Newport, Rhode Island. They have three children. 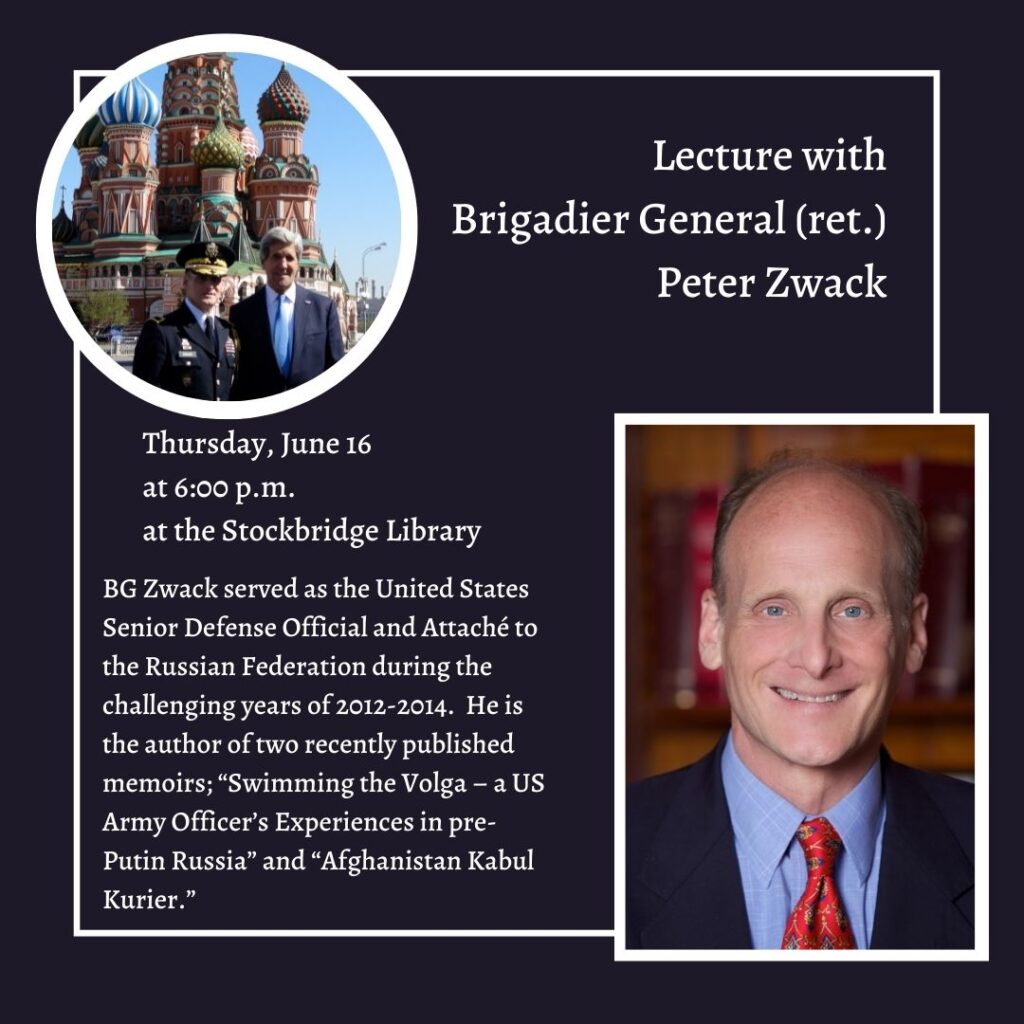