RONALD BARRON was Principal Trombonist of the Boston Symphony Orchestra from 1975 until 2008. He joined the orchestra in 1970 after being a member of the Montreal Symphony Orchestra, and also served as Principal Trombonist of the Boston Pops for thirteen seasons. Mr. Barron is a graduate of the College-Conservatory of Music of the University of Cincinnati, where he studied with Ernest Glover. During his college years, he also toured with the American Wind Symphony.

He will be presenting, “Saint-Saëns, Stewart, and the BSO-A Personal Discovery,” of which he says: “It began with my coming into possession of the first copy of a trombone solo work by Saint-Saëns which I had recorded in 1975 but did know of its origins.  My research revealed connections through George W. Stewart, an original member of the Boston Symphony Orchestra, of which I too had been a member for 38 years, leading to persons and events which influenced my professional life and about which I had not previously realized.  All of this provided a series of connections through influential people in the history and evolution of both bands and orchestras in the United States.” 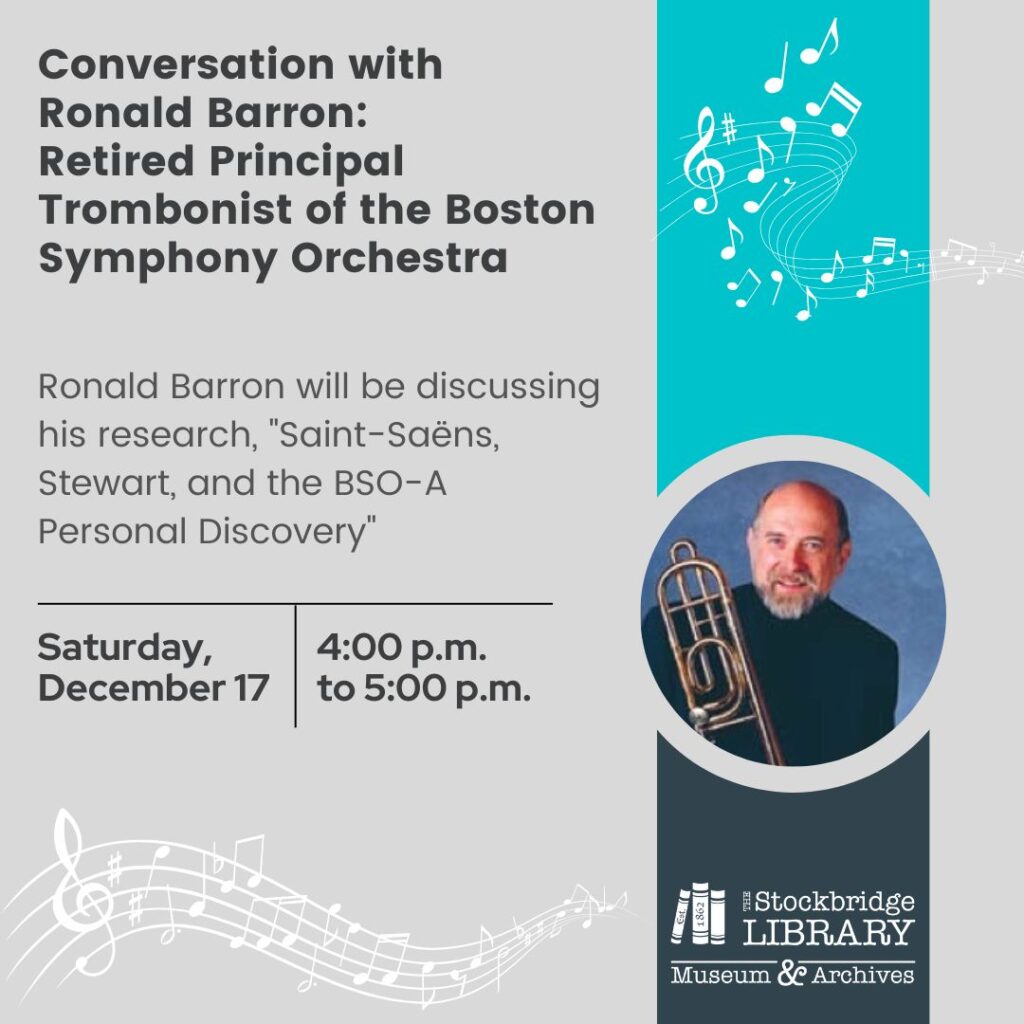