This event will now take place on Saturday, November 19 at 5:00 p.m. Stay tuned for more information.

Join us for a discussion with Ambassador Jeffrey DeLaurentis, Senior Advisor for Special Political Affairs, U.S. Mission to the United Nations.  He will be speaking about Ukraine and other issues facing the UN Security Council.

During his 28-year career in the United States Foreign Service, Ambassador Jeffrey DeLaurentis worked almost exclusively on Western Hemisphere issues and as a multilateral diplomat at the United Nations. He served as the first Charge d’Affaires at the U.S. Embassy in Havana, Cuba, following the re-establishment of diplomatic relations between the United States and Cuba. Prior to taking up his Cuba post in August 2014, he was Ambassador/Alternate Representative for Special Political Affairs
at the U.S. Mission to the United Nations. Previously he served as Deputy Assistant Secretary for the Bureau of Western Hemisphere Affairs, and as Minister Counselor for Political Affairs and Security Council Coordinator at the U.S. Mission to the United Nations. 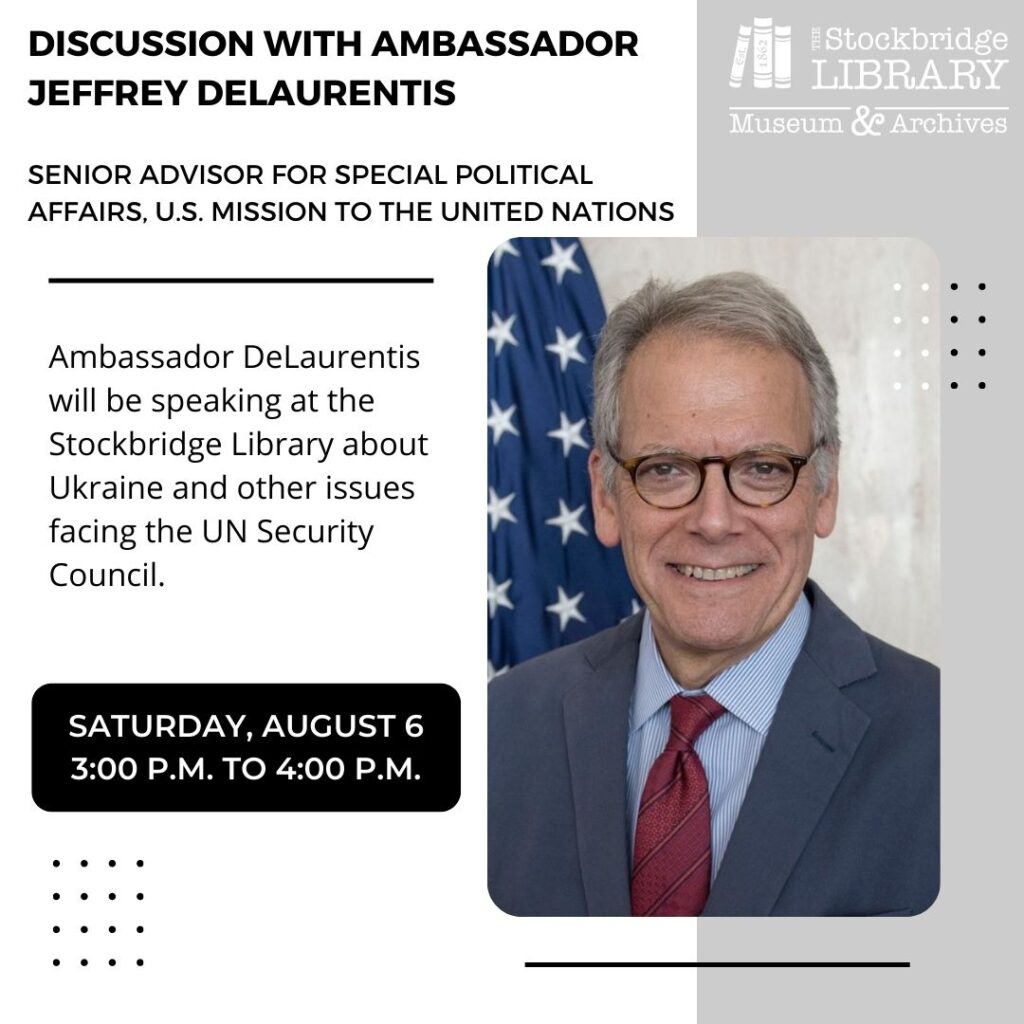