Julian E. Zelizer is the author of Myth America: Historians Take on the Biggest Legends and Lies About Our Past.  Zelizer is the Malcolm Stevenson Forbes, Class of 1941 Professor of History and Public Affairs, Princeton University, CNN Political Analyst, and  Contributor, NPR’s Here and Now.  He will be speaking in conversation with André Bernard, the Vice President of the John Simon Guggenheim Memorial Foundation.

About the book, which is set to be released on January 3, 2023: The United States is in the grip of a crisis of bad history. Distortions of the past promoted in the conservative media have led large numbers of Americans to believe in fictions over facts, making constructive dialogue impossible and imperiling our democracy.

In Myth America, Kevin M. Kruse and Julian E. Zelizer have assembled an all-star team of fellow historians to push back against this misinformation. The contributors debunk narratives that portray the New Deal and Great Society as failures, immigrants as hostile invaders, and feminists as anti-family warriors—among numerous other partisan lies. Based on a firm foundation of historical scholarship, their findings revitalize our understanding of American history.

Replacing myths with research and reality, Myth America is essential reading amid today’s heated debates about our nation’s past. 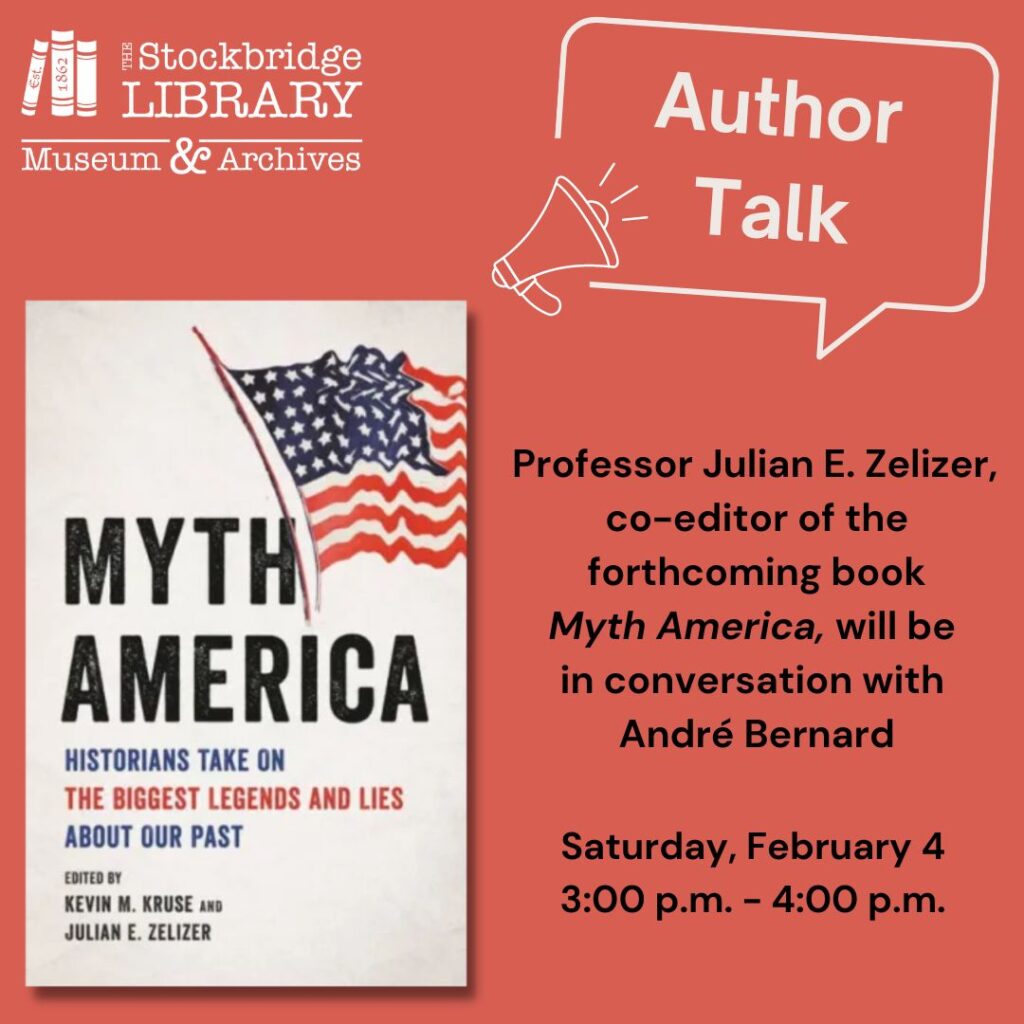