The Stockbridge Library, Museum & Archives invites you to The Stockbridge Ice Festival featuring ice sculptures carved by regional artists and an exhibit about the Ice Glen and the ice harvesting business in and around Stockbridge, MA. 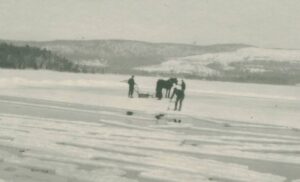 On the lawn of The Stockbridge Library, Museum & Archives, each sculptor will be crafting sculptures from solid blocks of ice that reflect a design of their choice.

A historical exhibit will feature ice harvesting tools on display. This collection was donated to the Museum & Archives by descendants of the Scheneyer Ice Company, a Stockbridge business that operated from the late 19th to mid-20th century.

In addition to sculptures and the exhibit, we will be joined by ice harvesting expert, Dennis Picard, who will discuss the history and process of ice harvesting for commercial trade.

Our youth department is offering take and make crafts for children.

Dave Rothstein is an internationally-acclaimed snow sculptor who has traveled the globe spreading the gospel of the “winter arts.”  He’s been snow sculpting for nearly two decades throughout the U.S., Canada, Europe, South America (yes it snows there too), and Asia. Dave values lasting friendships born of artistic and cultural exchange on the snow sculpting circuit.

Bill Covitz is the owner of Ice Matters™, an ice carving company he opened in 1999 – however, ice was not his first calling.  Bill is a former Chef and graduated from the Culinary Institute of America.  Bill has won several awards and is known for creating ice instruments on a mountain top in Norway. 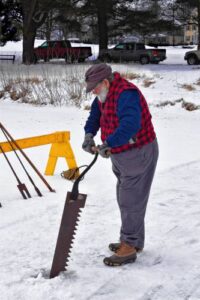 Dennis Picard has been demonstrating the ice harvesting trade for more than twenty-five years at museums and environmental education centers. He is a frequent speaker on the ice industry for libraries, museums and universities. Picard has written numerous articles about aspects of the “cold water trade” for several periodicals including “The Homesteader” where he examined the realities behind the harvest in Monroe N.Y., as depicted in Laura Ingalls Wilder’s novel Farmer Boy. Dennis was a consultant for BBC 4’s production of “Absolute Zero” as seen in the U.S. on Public Television’s NOVA series, staging an ice harvest and serving as an on-air commentator. Picard also served as the narrator on Northeast History Film, of Bucksport Maine, Harvesting Ice in New England 1926 – 1957, production.

The Stockbridge Ice Festival is generously sponsored by Berkshire Bank, Stockbridge Coffee & Tea, and Once Upon A Table, A Bistro.

Social distancing of six feet and masks are required. 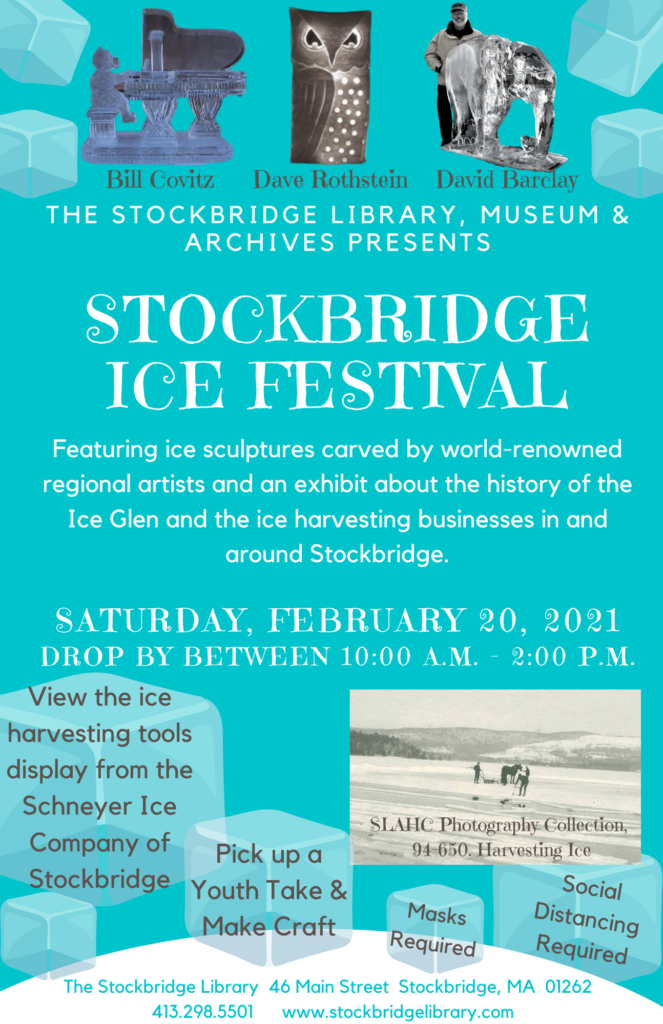