Join us on the front lawn of The Stockbridge Library, Museum & Archives to view sculptors craft solid blocks of ice into magnificent sculptures! This event is free and open to the public!

The Stockbridge Ice Festival will also feature an outdoor Museum exhibit featuring historical ice harvesting tools!  In addition to sculptures and the exhibit, we will be joined by ice harvesting expert, Dennis Picard, who will discuss the history and process of ice harvesting for commercial trade.

Take and make crafts for children will be offered by the Library youth department.

About the Ice Sculptors:

Dave Rothstein is an internationally-acclaimed snow sculptor who has traveled the globe spreading the gospel of the “winter arts.” He’s been snow sculpting for nearly two decades throughout the U.S., Canada, Europe, South America (yes it snows there too), and Asia. Dave values lasting friendships born of artistic and cultural exchange on the snow sculpting circuit.

Bill Covitz is the owner of Ice Matters™, an ice carving company he opened in 1999 – however, ice was not his first calling. Bill is a former Chef and graduate from the Culinary Institute of America. Bill has won several awards and is known for creating ice instruments on a mountain top in Norway. 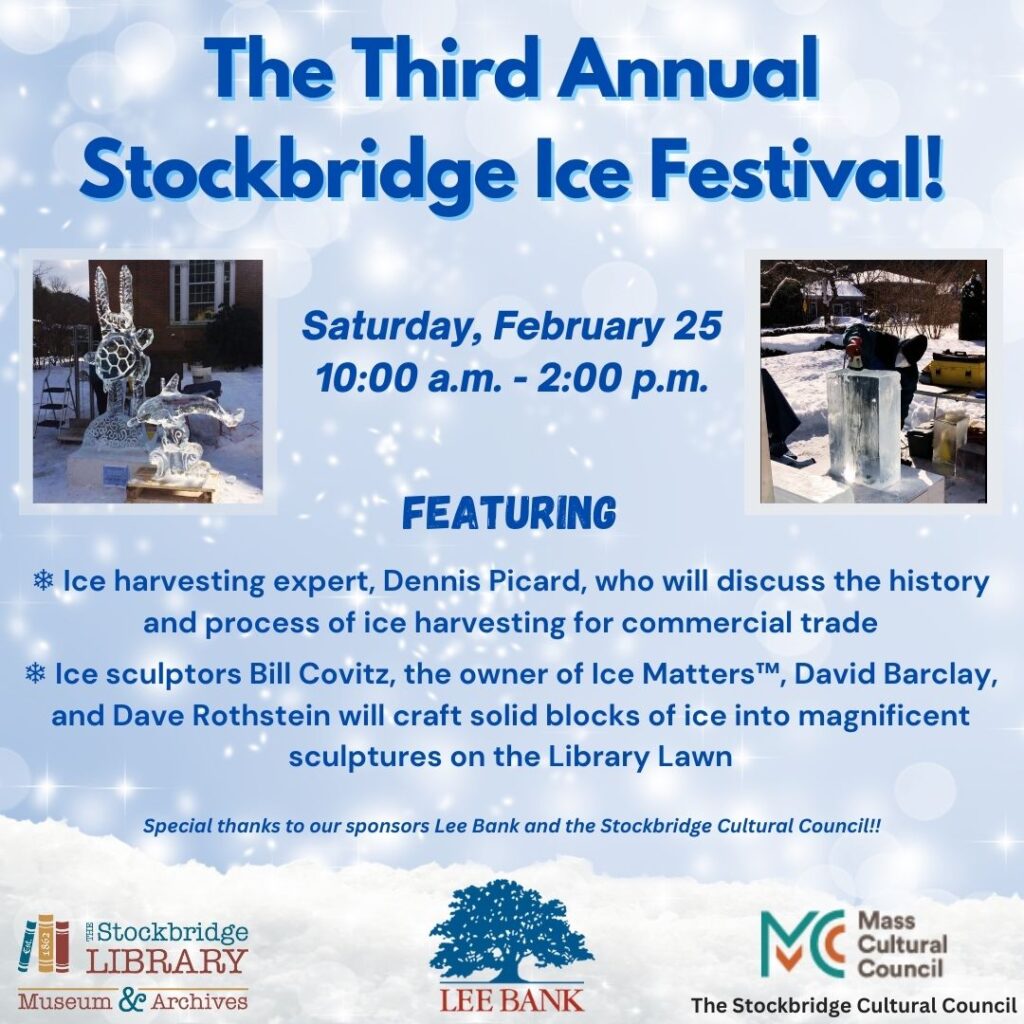