Perry S. Nicholas is a recently-retired English professor at SUNY Erie Community College in Buffalo, N.Y., where he was awarded the 2008 SUNY Chancellor’s Award for Scholarship and Creative Activities and the 2011 President’s Award for Classroom Instruction. He received the SGA’s Outstanding Teacher Award on two occasions. He has been a guest lecturer at Daemen College, Villa Maria College,  Buffalo State College, Niagara County Community College, Medaille College, and at New York College in Athens, Greece.

His first full-length book, The River of You, was published in September 2009 by FootHills Publishing. His second book of poetry, What the World Sees, was published by Saddle Road Press in July 2011. His third book, Small Crafts, was published by The Writer’s Den in March, 2012, and Perry’s fourth book, Beginnings: Poems to Greece and Back, was released in early December, 2012. 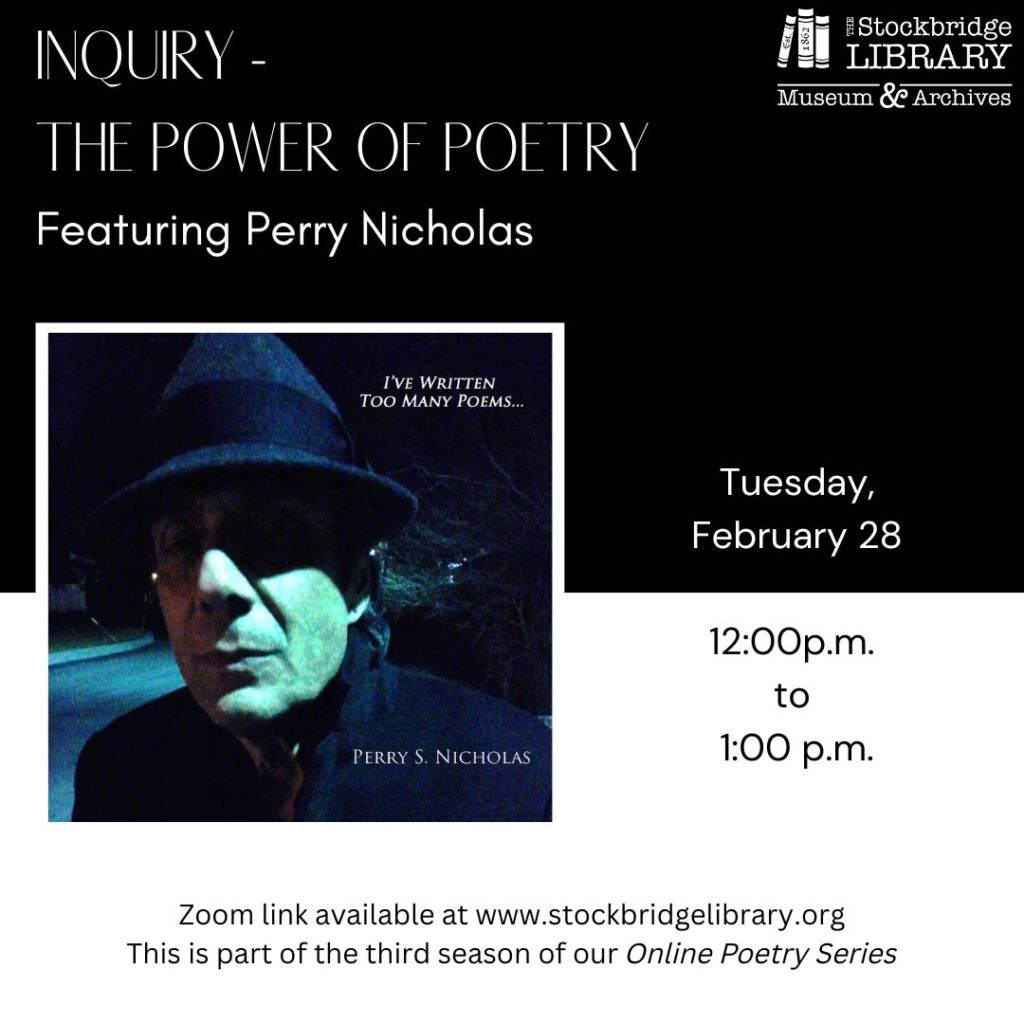